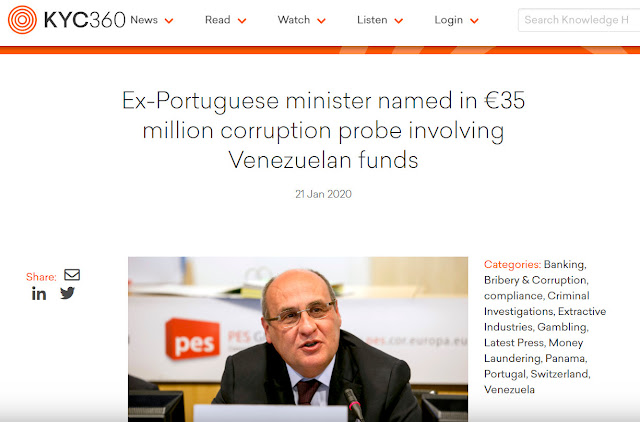 Former Socialist minister António Vitorino – once tipped as a contender for party leader – is being cited by Spanish prosecutors over a “scheme of corruption and money laundering” involving more than €35 million in Venezuelan funds.

Vitorino has denied the allegations, saying they are “absolutely false”.

The story is being endlessly repeated nonetheless, with all the ‘alleged connections’ with Portugal being brought to the fore.

Say reports here, the scheme was headed by former Spanish ambassador to Venezuela Raúl Morodo whose son Alejo is married to the daughter of Portuguese politician Dias Loureiro.

Catarina Loureiro was cited in the investigation in May last year – denying the allegations.

After an apparent media lull, the case has suddenly kicked off again – with El Mundo newspaper saying Spanish prosecutors have now linked a company owned by Vitorino to the scheme.

Explains Correio da Manhã, “the accusation affirms that there was an appropriation of more than €35 million belonging to (Venezuelan State oil company) PDVSA.

“The money was sent to Spain through banks in Switzerland and Panama.

“According to Spanish Justice, the Portuguese company Emab Consultores Lda, owned by Vitorino and his wife Beatriz de Carneiro, were involved in this fraudulent scheme”. 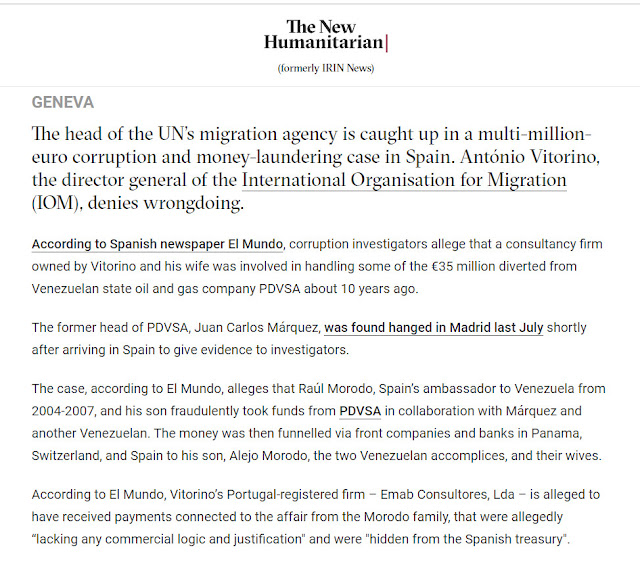